When In Rome Vol. 1: An Unexpected Vacation

A young and geeky college girl wins a trip to Rome and while visiting the ancient ruins, she gets transported two thousand years back by a mysterious magic artifact. She is immediately seized by the city guards and brought before the most notorious emperor Rome had ever known. She's in for a big surprise and some hot, steamy, action beyond her wildest dreams.

When In Rome Vol. 2: The Emperor's Dungeon 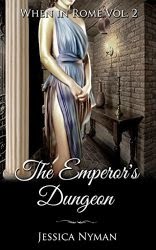 Our heroine meets a mysterious witch who agrees to help her go back to ancient Rome. However the locket's magic effects last for a limited time and she comes back to the 21st century when it expires. Will she be able to solve the mystery of the locket and stay in ancient Rome for good? Will she break and tell her secret when the emperor ties her up in heavy chains and 'interrogates' her in the dungeon?


When In Rome Vol. 3: The Emperor's Gladiatrix 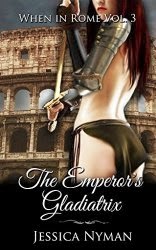 Our  heroine manages to go back to Rome and to her emperor lover. But she is in for a bitter surprise: The hunky emperor is surrounded by women who want to get in his bed, and his eyes are fixed on a pretty, young noblewoman. The bad boy emperor stages a gladiatrix fight in the biggest arena of Rome, announcing he will take the winner to his bed.

She protests and finds herself bound and gagged for Roman style domination and mild domestic discipline while the assassination plot against the emperor draws ever-nearer.